What is token vesting and how is it helpful?

What is token vesting and how is it helpful?

The Crypto industry has laid plenty of opportunities that have paved the way to a high-quality tech governed environment. The fusion of blockchain technology has created wonders for the world and has led us into believing that imagination can be brought into life, literally.

Cryptocurrency, to put it in simpler words, is a currency designed over the dynamics of technology that is safer and allows lightning-quick cross-border transactions. Cryptocurrency eliminates the requirement of third parties, which makes it a decentralized model.

To circulate cryptocurrency in the market, various methods are adopted, such as the rotation of securities in the market via a stock exchange. One such method is Private Sale. It is a technique by which a few tokens of the cryptocurrency are privately placed with a few investors. Private sales are considered a cost-effective way for businesses to sell their securities. The main difference between an initial public offering and an initial coin offering is that the buyers do not attain any equity in the company from which they have bought the token.

What are the benefits of Pre-ICO or Private Sale?

The pre-ICO is a vulnerable stage for the investors because of the uncertain risk it brings. Therefore, good tokens like ModiCoin follow Token Vesting during private sales. Before the market even opens itself for the coin, purchasing a coin based on assumptions and foreseeable market environment may turn out to be risky in the future.  But it also brings a wide array of incentives for both the business and the investors:

A Pre-Sale ICO or a private sale exposes a token model to a specific part of the economy, giving that party an advantage. The nature of humans is to sometimes pick undue advantage from the derived dynamics. Hence, there is no debate about the fact that private sales may also lead to tampering and manipulation of the market once the public sale is announced. A lot of pre-ICO owners would be dazzled by the prices of the token model when they are exposed to the public. The momentary incentive drives their decision to sell off the coin and acquire the benefit. This creates an imbalance in the market of securities leading to unwanted fluctuations in the price level.

To scrutinize and regulate the above practices, limitations are applied to the token model. These limitations can be governed by the spectrum of time, price, or space.

Token-Vesting is an example of the limitations that are imposed on the currency.

What is Token Vesting?

Token-vesting is the process of locking a token with the company, in order to retain the holder for a longer time. This helps the company speculate the market trend and demand. It is a vital step in the direction of securing your currency from the malpractices that lead to pumps and dumps. It also mirrors a determined image of the project development and procedures followed by the team.

Token vesting guarantees investors value for their investments by significantly reducing the chances of market manipulations. If token vesting is not followed, then after a sky-rocketing price, the developers should be ready to hit a massive drop in the value.

There are two techniques to operate the mechanism of vesting

Under reverse vesting, one can shorten the vesting period for two years and at the same time increase the duration of selling schedule by 4 years. Logically, if tokens are locked for 2 years, it would take 4 years to sell those tokens. It leads investors to sell the tokens, without affecting the market price of the security. Reverse vesting significantly prevents pumps and dumps which enhances and stabilizes the token value.

Under a normal vesting contract, the securities are locked up on a periodical unlock system. After a specific time period also known as “cliff”, the initial unlock takes place. And further, at regular intervals, a specific part of the token opens up for sale. It is a discretionary power of the holder, either to retain or to sell the unlocked part. Normal vesting is not as effective as reverse but it does prevent pumps and dumps.

Vesting generates trustworthiness with the investors, assuring them value to their investments. It is a crucial step, which if not followed makes you vulnerable to the forces of the market. Then every sale and purchase shall have a fluctuation which will leave the market price vulnerable.

ModiCoin operates on a linear normal vesting mechanism. It assures stakeholders prevention and security from ‘pumps’ and ‘dumps’. Not only ModiCoin’s regulatory operation ensure safeguarding an investor’s interest but it also promises a careful circulation of the token in the economy. Injecting a token currency in the ecosystem is a huge responsibility and ModiCoin’s cautiously curated circulation model and vesting techniques help achieve the best possible outcomes. 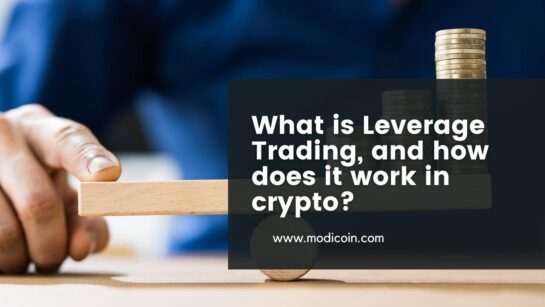 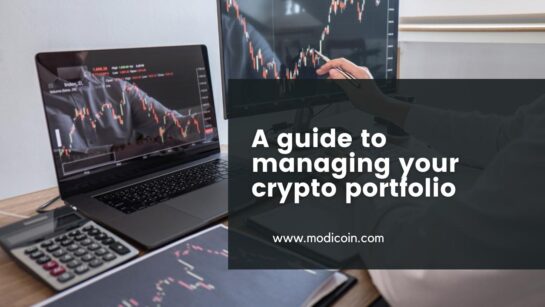